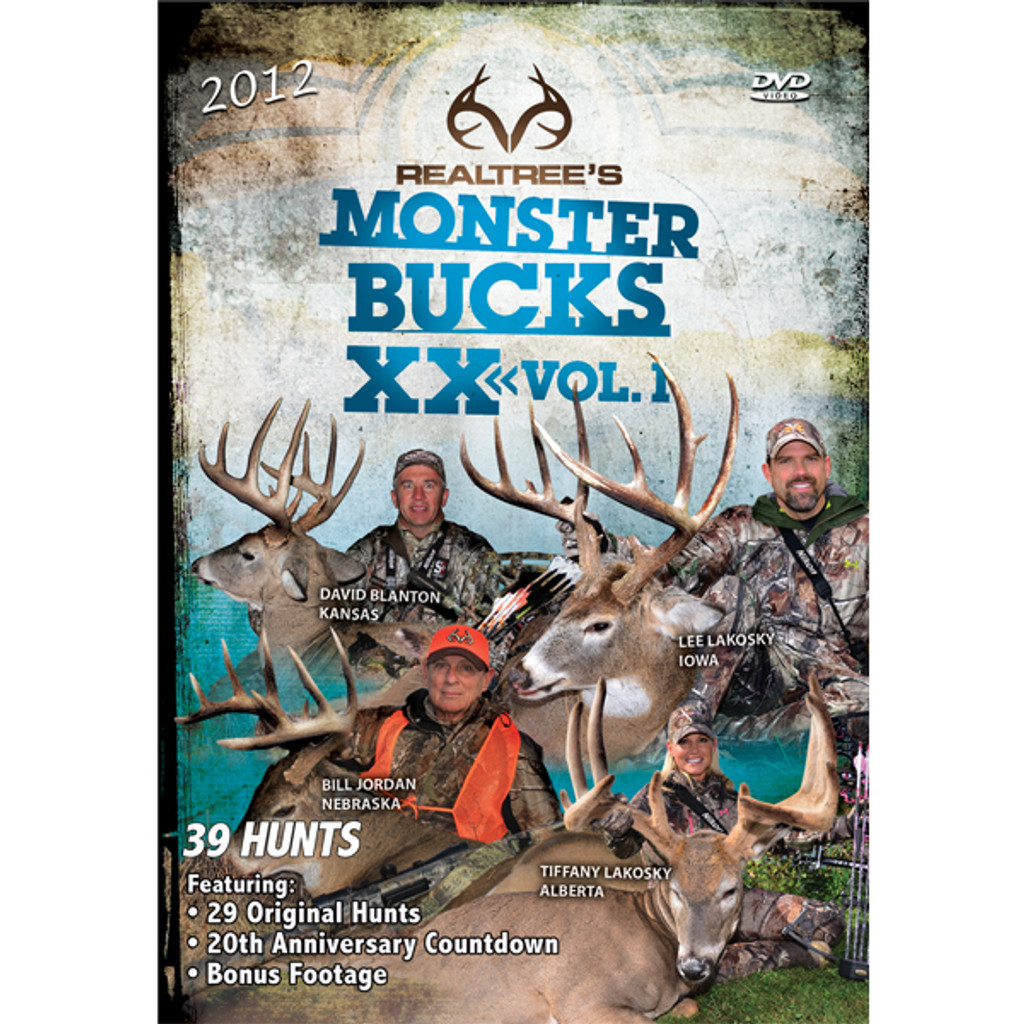 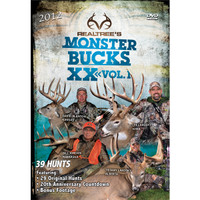 Monster Bucks XX, Volume 1 Digital Download (2012 Release)  Purchasing will allow you to stream or download this title on any desktop computer, IOS, or Android device.

Twenty years of Monster Bucks and ... the hunts get better and the bucks get bigger!  You won't believe the giant whitetails taken on Monster Bucks XX, Volume 1!  In this epic 3 hour journey through the best deer hunting spots in North America, watch hunts with bow, rifle and muzzleloader.  Once again, the Realtree cameras captured incredible hunts with the biggest names in the hunting world including Lee and Tiffany Lakosky, Michael Waddell, Bill Jordan and David Blanton.

As a bonus, we've brought back the 3D archery challenge ... with some crazy shots!  And we thought the 20th anniversary would be a great time to count down the top 20 hunts of all-time!  On Volume 1, you'll see hunts #20 thru #11.  On Volume 2, watch hunts #10 down to the top Monster Buck hunt of all-time!

Never before have we assembled this much excitement in one DVD!